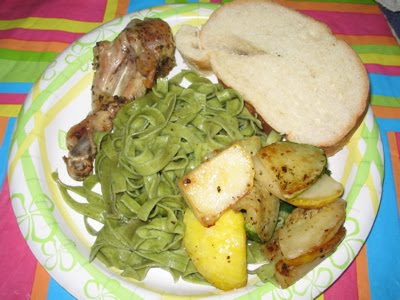 Our last camping trip of the season found me using my brand new "baby" 10 inch Dutch oven 4 out of six nights!
Dutch-oven Roasted Chicken Legs with Spinach Fettucini and Sauteed Zucchini
Why is it everything tastes better when eaten outdoors? This meal or chicken legs roasted in the Dutch oven, with sides of spinach fettucini and sauteed zucchini was extremely simple, yet felt very decadent while camping. Our Costco has begun selling packs of chicken legs packaged in sealed bags of 5 chicken legs each. These little packs were extremely easy to pack in the cooler. The fettucini was a quick cooking kind which took only three minutes once the water started boiling. The zucchini was also easy. I pre-sliced it at home, packaged it in a ziplock baggie and packed it in the cooler.
Once I was ready to cook, I pre-heated my Dutch oven, melted some butter in it and added the chicken legs along with a generous sprinkling of a new seasoning blend I recently bought at a Tastefully simple party. I kept my Dutch oven around 350 degrees by placing about 7-8 coals underneath and 10-12 coals on the lid and left it alone, aside from turning it every once in awhile to ensure even heat, for about 50 minutes. While you're waiting for your chicken to cook, make your side dishes, start a campfire, and enjoy a glass of wine in the great outdoors! 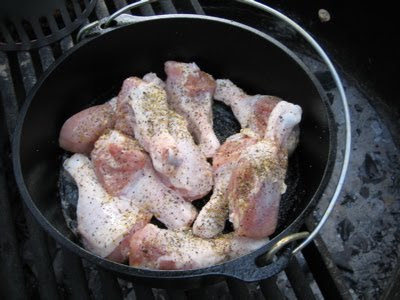 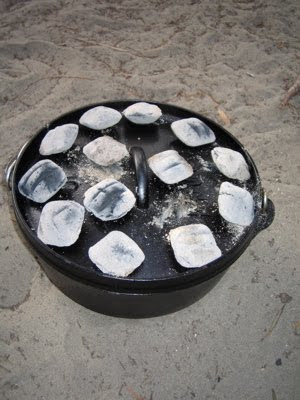 Chicken cooking in the oven (yes, it is just sitting on the ground!)
Posted by Joie de vivre at 8:57 AM 25 comments: 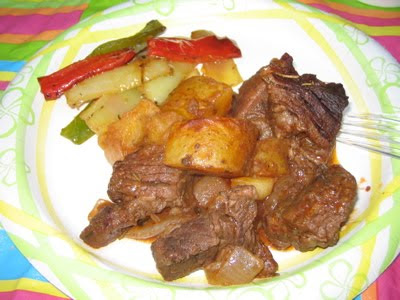 Towards the end of summer, I was fortunate enough to attend a demonstration on Dutch oven cooking at a campground where we were staying. I was already familiar with Dutch oven cooking having inherited one from my father-in-law last summer. I bravely made my son's birthday cake in it last summer while camping!
However, attending the demonstration was an eye-opener for me at how easy Dutch oven cooking could be! I had always thought of my Dutch oven as sort of a fun thing to occasionally wow people with while camping and to show off a little. I had seen it as this bulky pot that I could barely lift and that had to sit under my feet in the car for lack of space. When I told the demonstrator that I had inherited a 14 inch deep Dutch oven, his response was, "Whoa, that's 10 quarts of food!" It was his disbelief that I was actually using a pot that big that inspired me to go buy a "baby" 10 inch Dutch oven. This pot completely changed the way I feel about Dutch oven cooking. The techniques I learned made the Dutch oven a joy to use, and with the smaller pot it is completely manageable! For our last camping trip of the season, a six-day trip to Fort Stevens, OR, I used the pot 4 times!
Here is one of the dishes I made, a greek beef dish called Stifado inspired by Beatrice Ojakangas' book, The Best Casserole Cookbook Ever, that I adapted to work in my Dutch oven. Hands down, it was the best dish I've ever made while camping. 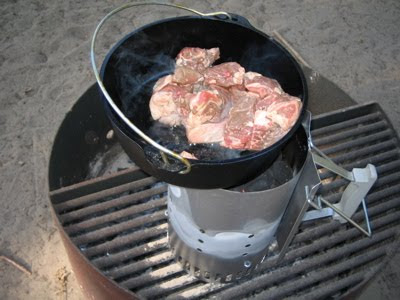 2. Preheat your Dutch oven by placing it over your chimney starter while your coals are lighting. Make sure to leave space for oxygen to get to your coals and be careful of your arms! Make sure Dutch oven is steady. When the Dutch oven is pre-heated, add the canola oil and the beef. Stir the beef until it is browned. 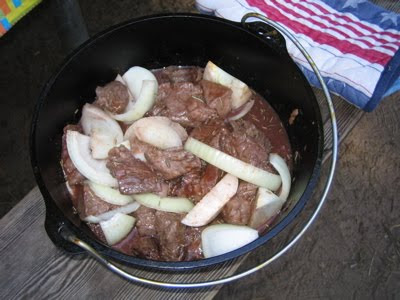 3. Drain the beef and add all of the remaining ingredients. Place the lid on the Dutch oven and cook at 350 degrees for about an hour and 15 minutes. (*A Note about Dutch Ovens* You can get 350 degrees in a 10 or 12 inch Dutch oven, by placing about 7 coals underneath, and about 10-12 coals on top. Use long handled tongs to move the coals from your chimney starter to the bottom and the top of your Dutch oven. Every 15 minutes or so, turn the pot a quarter of a turn clockwise, and turn your lid a quarter of a turn counterclockwise to ensure even heat distribution. After 45 minutes, you will need to add fresh, hot charcoal briquettes to the bottom and top of the oven to ensure even heat as well.) 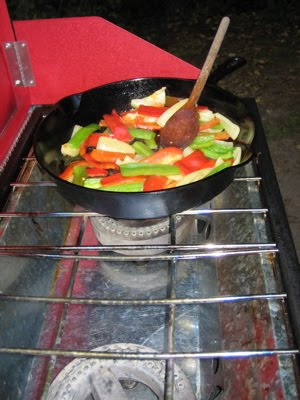 4. When dinner is getting close, saute some sliced green, yellow and red peppers. 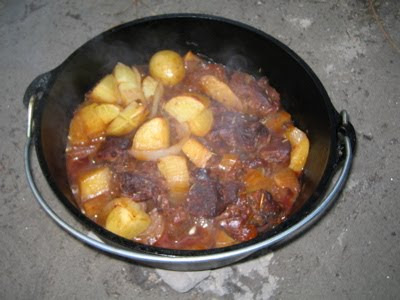 5. Expect some hungry and nosy neighbors to come calling when you pull the lid off this masterpiece! Enjoy, and if you try this, let me know how it goes for you!

Ode to the summer peach 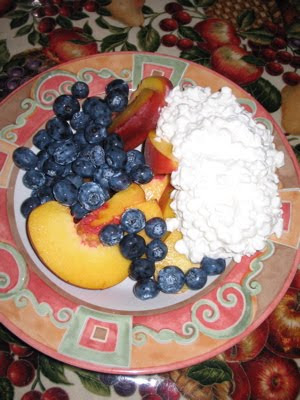 I feel a little rusty being back in the blogging saddle after taking a needed break over the summer. I am finally back in a routine though and will be updating much more frequently. Thank you all of you who stuck with me and continue to read my little ramblings.

This time of year always comes with some trepidation for me. When my husband and I first moved to Washington six years ago from Sacramento, CA, people assured us that winter would be "mild". But in the six years since, I have realized that no winter is mild in comparison to a California winter (unless you're from the south I suppose) and that first crisp morning, when everyone else is rejoicing over a break in the heat, my mind immediately flashes with horror to short, cold winter days and long, long, frozen nights. Because of this, I must take a minute to mourn the passing of summer before I can begin to live life to the fullest and embrace fall. Hence, my ode to the summer peach...

With school back in session, and a slight chill in the air, we must bid goodbye to our sweet summer friend, the peach. Goodbye sweet friend, you will be missed. 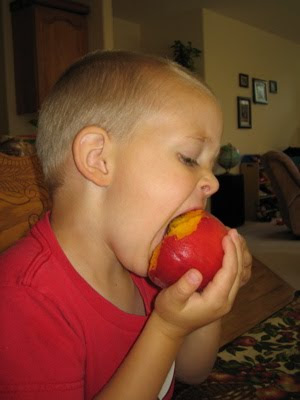