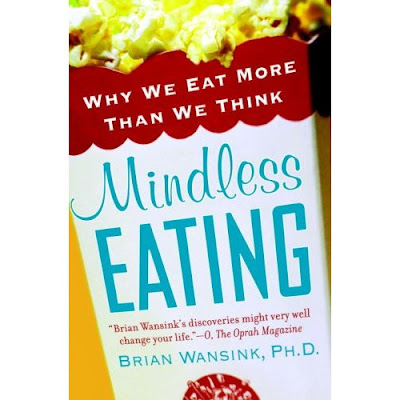 I am definitely a competitive cook. It's one of those traits....I compete in absolutely everything I do...even if it's against myself.

Ack! I'm a giving cook - or at least I was. Ever since I started foodblogging, I've been trying new recipes, ingredients and cooking techniques. Now, I feel as if we are eating a little better.

My mom was our gatekeeper (as is the probably the case of nearly everyone). She was definitely the Innovative cook - as a result, we grew up exposed to all manner of foods, not only Filipino or American/Canadian. The only thing she couldn't fix was my veggie-phobia - I had to get over that one on my own as an adult. Great summary of these chapters!

I hope you will start to feel better soon. You are probably the best-dressed invalid out there today!

I think the men are from mars and women are from venus held true in our house until year before last at hubby's family. He realized that I was truly bothered by all the food they always gorged on, and put his foot down with mine this past year and said 'enough' to the eating, and now is enjoying light and more meaningful meals together. The sun is out and I am going for a walk!

I thank you to Joie for your march along side Tangle and your wonderful soul's journey along side my food journey to an improved eating lifestyle!

Sometimes I do that. Have a salad (not Cobb though) and have a dessert. In my mind I am way better off.

It does come down to calories for me as thats how I am doing it. But the type of calories is very important!

Your right, I saw that but since I posted it night before last, I was not putting two and two together!

Now off to the store for Ethiopian ingredients! We have to make the trip again and I am excited!

I am a gatekeeper and healthy cook. I do all the shopping and cooking. I try to use healthy and organic ingredients to feed my friends and family.

My daughter is home with a cold today too - hope you (and she) feel better soon.

Great stuff. I love the studies, it's always so enlightening to read!! I think I am a combination of many cooks! :)

This is a neat book reading to follow! I'm definitely an innovative cook, which does have its disadvantages sometimes (as in not following the recipes even in baking). We do the "healthy thing" with the salads a lot, having dessert afterward :)

I'm definitely the gatekeeper at home...but its just me and my husband. I'm sure once we have kids our eating patterns and choices will change. We currently eat dinner after 10pm every night.
We eat very healthy in general, but he is the main tester of all my baking which often means butter and sugar.

I think its a bit difficult to cook for two or one. While your firing up the oven you want to save yourself some time tomorrow and make extra but you can only eat the same thing so many times in a row.

My mother was gate keeper and I think, absorbing it passively, that I tend to look for healthier choices. Naturally, we are attracted by the occasional piece of cheesecake or naughty dessert.
It's OK to fall off the wagon now and then :-)

You and noodle are doing an amazing job with these posts. By the way, new contest involving PEEPS on my blog.

I'm proud to say that I am a mixture of all except methodical. Blogging has changed my cooking immensely. And my family is no longer afraid to try my new creations like they were at the beginning. I am using more fresh veggies, fruits and herbs than ever before. And I am loving these discussions, they are leaving me with a lot to think about.

Hope you feel better, I know you look fabulous!

French Fridays is such a nice idea...I think everyone should be French on Fridays! I guess, I am an Iron Chef in the making as well!! But I am concerned with nutrition in a big way, especially with my job being what it is! But try keeping me away from dessert....not possible!

I am definitely a giving cook with a touch of adventurous and creative thrown in. The biggest way I am now changing how I cook is because my husband had a heart attack and from now on we are on a low cholesterol, low fat and low sodium diet! So my adventurous side will have to get really creative and I love learning new things. Believe me, we are very mindful of what we eat now!! It takes longer to cook, but I feel good about what I'm cooking. I only wish my husband's tastebuds would catch up with mine!! I say, get 'mindful' now, don't wait!

I am the gatekeeper at my house and if it were up to other people they would not eat a vegetable or fruit. I was not home the other night for dinner and hubby took them to McDonald's- UGH! So even though I teach healthy at home does not mean that it sinks in. I think I am the innovation cook and try to figure out nice ways to give them healthier foods! Such a challenge. Sometimes I am the giving cook-rarely just so they get a taste of some of their favorites then they will shut up and eat the good stuff when it is served to them!

Mindless eating? I should read that...it sounds like it could be my autobiography!

I missed being at our French Friday and all of a sudden it's Monday. This book is fabulous and really changes how we look at things. I am the gate keeper and now I'll think twice in planning meals. I don't think I thought eating at Subway was healthier but maybe somewhere in the back of my mind their commercials of being healthier tricked me. This book is changing my life. Thanks for bringing it to our attention.
Sam